Brains Function of Obese People vs Those of Healthy Weight 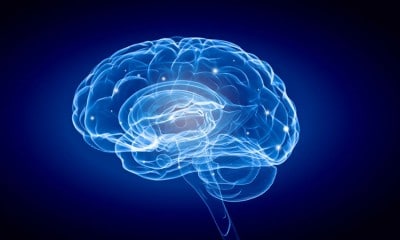 Obesity is an epidemic in the United States, affecting more than 1/3 of adults.  The most common age range of obese people is between 45-64.  Being obese is different than being overweight.  Approximately 75% of Americans are overweight.  Obesity is determined by measuring body mass index (BMI), which refers to the ratio of a person’s weight to their height.  There is an excess proportion of body fat resulting from excess energy intake.

This does not just affect adults.  American children are also suffering from obesity, at a rate that is concerning to physicians.  Because obesity is linked to diabetes, hypertension, depression and inflammation, these obese children can raise the risk of cognitive decline as an adult.

The relationship between BMI and body composition varies by gender and age.  Healthy women and older adults, for example, tend to have more body fat than men, younger adults and children.

BMI has been negatively associated with the frontal lobes in middle-aged adults and the elderly, combined with the actual brain structure.

There is now evidence showing connections between obesity and changes in brain function, linking it to reduced gray matter volume.  Now, whether associations between obesity, brain, and cognitive measures are the consequence of weight gain, or the cause of behaviors that subsequently lead to weight gain remain unclear.

The brains of overweight people function differently from those of people of a healthy weight in matters related to food and their relationship with food.  It is tied to emotions.  People who suffer from obesity have stronger connections between brain areas associated with the motivation to eat and the rewarding effect of food consumption.

When faced with a “food decision”, overweight people often choose the quickest option available, which tends to be the least healthy.  Eating healthy is more of a lifestyle change, and you have to be aware of your daily choices.  Functional differences between obese and healthy-weight groups are typically apparent in response to high calorie food items, suggesting that obesity is associated with altered functional brain activation compared to healthy-weight counterparts, particularly in the context of food-related stimuli.

It’s not just putting on weight that alters the brain, but it alters how the brain responds to stress.  If we’re overwhelmed, then we typically eat more.

The hypoactivation of certain reward-related regions in response to pleasant taste stimuli in obese older adults may indicate a susceptibility to food-related reward sensitivity and weight gain.

The difficulty experienced by some people in following a diet and exercise program, and therefore weight loss, can be linked to a difference in decision-making skills.

The differences are stated below:

The hippocampus is extremely important in that it is the region supporting episodic and relational memory functions.  It is also sensitive to pro-inflammatory proteins, metabolic disruptions, stress, and aging.  The amygdala is connected to stress and obesity.

Brain areas noted to be vulnerable to Alzheimer’s disease, the temporal and parietal lobes, and hippocampus, are known to have reduced blood flow along the spectrum of weight classification from normal weight to overweight, obese, and morbidly obese.

Gaining weight may desensitize the brain to the pleasure we get from sugary and fatty foods, which in turn urges us to eat more fatty foods than we did when we were leaner.  A similar effect is seen in drug users, who eventually require more drugs in order to achieve their original high.

A variety of studies note that diets and obesity in midlife increase the risk for late life Alzheimer’s disease or Dementia.  Alzheimer’s and dementia remain a leading cause of death amongst the elderly population.  Dementia affects 6–10% of people aged 65 years or older, and Alzheimer’s disease currently ranks as the eighth leading cause of death among the elderly in the United States. Even though it is associated with age, dementia is considered by many, a preventable condition.

Now, research suggests that harm to the brain may start earlier for obese children by weakening their attention and memory. Being overweight or obese and having a diet high in sugar and saturated fat may also lead to brain changes that hinder children’s impulse control. making it harder to say “no” to unhealthy foods.  In obese children, a region of the brain in charge of controlling impulsively, called the orbitofrontal cortex, appears to be shrunken compared with that of lean children.

Can this damage be reversed?  And can we start early on in life so that we turn into healthy adults?

Excess weight in children is linked to a wide range of impairments such as a weak memory, attention span, mental flexibility and decision-making. Research suggests that obese children have more health problems and are absent from school more often, in addition to facing bullying and social stigmas.

Research also suggests that exercise may help improve executive function in overweight children.  Physical activity has been proven to boost physical and neurocognitive health throughout your life.  It has been associated with elevated cognitive performance and enhanced brain function.  It may not always be easy to get kids to exercise, but we have to continue to encourage that lifestyle.

During the pandemic, doctors are recommending healthy diets, exercise programs and sleep routines more than ever.  Mental health plays such an important role in our overall well-being and we have to remember to take care of our bodies.  Healthy bodies = healthy minds.

For more information on obesity and cognitive function, please feel free to call our office.