Could Inflammatory Arthritis Be Causing Your TMJ Symptoms? 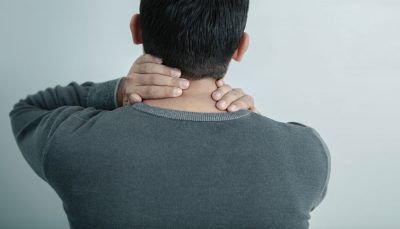 Part of the challenge in properly diagnosing temporomandibular joint disorders (called TMJ or TMD), is that they can have numerous different symptoms. These symptoms can overlap with multiple other conditions, making misdiagnosis possible. Some of the conditions that have the greatest overlap with TMJ are inflammatory arthritis conditions.

It’s important to consider whether these conditions might be causing your symptoms. A Detroit TMJ dentist at the Michigan Head & Neck Institute can help you track down the true cause of your jaw symptoms so you can get effective treatment.

What Is Inflammatory Arthritis?

Arthritis is a name for a large category of conditions affecting many people in Detroit. What these conditions all have in common is that they affect the joints.

Rheumatoid arthritis is the most common type of inflammatory arthritis that commonly affects the jaw joints. This type of arthritis typically affects synovial joints–joints filled with fluid and cushioned by a cartilage disc, such as the jaw joint. The immune system attacks the lining of the joint, causing painful swelling, joint damage, and eventually joint destruction.

Psoriatic arthritis is related to psoriasis. Psoriasis is an autoimmune disease that attacks the skin, causing rough red patches on the skin. Usually, people with this condition have psoriasis for years before developing arthritis.

Ankylosing spondylitis is inflammatory arthritis that most commonly affects the spine. Over time, the attacks lead to a fusing of the vertebrae, leading to inflexibility, a hunched posture, and pain. Ankylosing spondylitis also attacks the jaw joint in about a fifth of people with the condition.

People with inflammatory arthritis often experience jaw symptoms similar to TMJ. This might include:

These symptoms might make you seek out a Detroit TMJ dentist for a diagnosis. However, the problem might not be TMJ at all.

How to Tell TMJ from Inflammatory Arthritis

So how can you tell when you should seek out a Detroit TMJ dentist and when you should talk to your doctor about your symptoms? You are more likely to have TMJ if you have:

However, you should suspect inflammatory arthritis if you have:

Regarding your family history, it’s important to know that you might not develop the same autoimmune diseases as your other family members.

A Detroit TMJ Dentist Can Help with Inflammatory Arthritis

Relief from Jaw Symptoms in Detroit

If you are experiencing painful jaw symptoms in Detroit, the TMJ dentists at the Michigan Head & Neck Institute can help. We can use our detailed approach to scientific diagnosis to help determine what is causing your jaw symptoms. We can diagnose you with TMJ, determine whether another condition might be responsible, and then refer you to an appropriate specialist.

To talk to a TMJ dentist, please call (586) 999-8875 or use our online form today to request an appointment at the Michigan Head & Neck Institute in Warren, Michigan.