How Does ADHD Relate to Sleep Disorder? 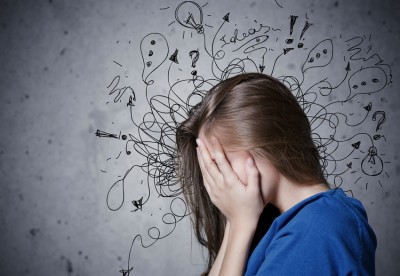 Studies have shown that individuals with ADHD symptoms are more susceptible to the effects of sleep deprivation (and therefore sleep disorders like OSA).  ADHD (attention deficit hyperactivity disorder) is categorized by inattention, emotional instability, impulsiveness, and hyperactivity. The symptoms do vary from person to person, which is why researchers continue to investigate the different cognitive impairments associated with ADHD.

Attention-deficit/hyperactivity disorder (ADHD) is one of the most commonly diagnosed disorders in childhood and adulthood. It affects approximately 3%–5% of youth and 2.9% of adults.  If untreated, individuals with ADHD struggle with impairments across many areas of functioning, including academic, occupational, and social tasks.

Some people exhibit minor symptoms of ADHD but can still function on a daily basis without it affecting sleep patterns.  Others, however, display symptoms that become so overwhelming, that the individual can no longer perform the activities of daily life.

The most common sleep disturbances associated with ADHD are:

Younger people are getting much less sleep than they did just ten years ago.  This is partly a result of the “addiction” to technological devices and an excess of screen time.  This was not an issue years ago, but has increasingly gotten worse over the last decade.

Although sleep problems are very common in individuals with ADHD, comorbid sleep disorders are often overlooked and left untreated in ADHD populations.

Comorbidities and associations of ADHD are as follows:

Individuals suffering from ADHD and sleep disorders should practice good sleep hygiene.  There are a few universal rules to follow, as mentioned in previous postings: