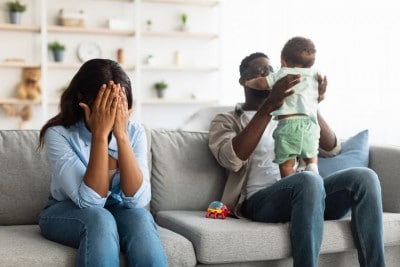 Definition:
There are three types of sleep apnea: obstructive sleep apnea, central sleep apnea, and mixed (which is a combination of the previous two). A person with sleep apnea of any kind experiences multiple episodes throughout the night where their breathing actually stops – that commonly sounds like a loud snore, snort, or gasp for air while they sleep. Leaving sleep apnea untreated is like rolling the dice with your life every night. Untreated sleep apnea can cause many dangerous medical issues, and even death because breaks in breathing deprive the body’s cells of oxygen and then they can deteriorate permanently.

What You Should Know About Sleep Disorders:

Causes:
It is important to remember that although the following are common causes of sleep apnea, it can be present in people of all ages, sizes, and ethnicities.
Obstructive sleep apnea (OSA) occurs when a person’s airway becomes obstructed by the collapse of soft tissue in the throat, or by the tongue falling back until the airway is forced back open (that is when a snort or gasp would be heard). Typically obstructive sleep apnea is worse when someone sleeps on their back, but can also occur in other sleeping positions. Characteristics such as having a large neck, enlarged tonsils and/or obesity can contribute to a person’s risk factor in developing OSA.
Central sleep apnea happens when signals from the brain get disrupted when communicating with the respiratory system and essentially do not tell the person’s body to breathe. Central sleep apnea is common in people who have sustained a traumatic brain injury (TBI), as the injury can make it difficult for the brain to communicate in many different ways.
Coincidentally people who suffer from a TBI have a high chance of also having an undiagnosed Temporomandibular Disorder caused by the same initial trauma.

Sleep Apnea Symptoms:
The symptoms of all three types of sleep apnea are essentially the same and include:

Do you wake up fully refreshed and full of energy with a good level of concentration? If you don’t, you might have an undiagnosed sleep disorder that could be extremely dangerous. Please talk to your doctor about a possible sleep disorder.

Treatments:
There are different treatment options available to someone that has been diagnosed with any of the types of sleep apnea. Depending on the type of sleep apnea you have been diagnosed with, the cause of your sleep apnea, the severity of your sleep apnea and your age, some of the treatment options available include lifestyle changes, wearing an oral appliance (mouthpiece) at night, using a C-PAP machine (or similar machine), or even surgery. 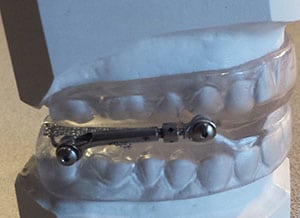 At Michigan Head & Neck Institute, we exclusively offer treatment for obstructive sleep apnea that consists of creating a custom-fit oral appliance (mouthpiece) which is comfortable and can be adjusted to meet the requirements of each patient. Each patient that chooses an oral appliance (OA) as their treatment, will receive follow up sleep studies (either at-home or a in a sleep lab) which will ensure the OA is positioned accordingly.
There are over 100 different types of oral appliances that are made for OSA. Dr. Klein works with each patient to provide the best options for their specific treatment.
Each mouthpiece advances the lower jaw to keep the airway open all night. Such treatment can be covered by insurance, so please contact our office if you would like to know if your insurance plan provides coverage.