The Promise and Perils of New Sleep Apnea Drug Development

With the deadly complications of sleep apnea, it’s important for people to get an effective sleep apnea treatment that they will use. For many people, that treatment is not CPAP (continuous positive airway pressure), even though that’s what most sleep doctors will prescribe. CPAP can be effective, but many people find the treatment unpleasant. About half of people prescribed CPAP don’t stick with the treatment long-term. They need a CPAP alternative.

While some people might like the idea of having a simple pill to take for sleep apnea, it’s not that simple. Even if these drugs work, they are years away from market. If you need a sleep apnea alternative today, let the Detroit sleep dentists at the Michigan Head & Neck Institute help. 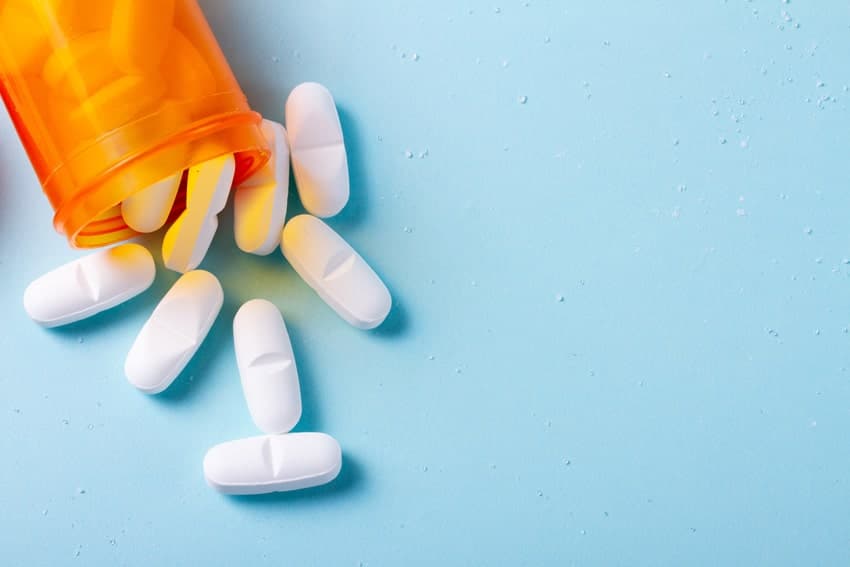 The sleep apnea drug that is closest to development is currently called AD109. It reported its phase 2 trial results over the summer.

This drug attempts to stimulate the muscles of the airway to help them hold it open during sleep. This would reduce the likelihood of an obstructive sleep apnea attack. With fewer apneic attacks, a person would experience less time with damaging oxygen shortages that can trigger high blood pressure, nightly awakenings, and other consequences of sleep apnea.

To be approved for sale by the Food and Drug Administration (FDA), a drug must successfully complete three phases of trials.

In phase 1 trials, researchers give the drug in very small doses to make sure it’s not too dangerous and that it has at least a chance of success. In phase 2 trials, researchers give the drug to a larger population. Typically, they try more than one dosage of the drug at this phase in an attempt to determine the proper dosage for effective use. Researchers continue to monitor safety, but the goal here is to prove that the drug works.

In phase 3 trials, human testing is expanded to typically thousands of people at multiple trial centers, with the goal of gathering enough evidence to win approval by the FDA. The FDA considers approval after the successful completion of phase 3.

After phase 3, the FDA will monitor a drug as it gets widely released. Sometimes called a phase 4 trial, the FDA checks reports about the drug’s effectiveness and side effects.

In its phase 2 trial, AD109 helped people with sleep apnea drop their average apnea-hypopnea rate from nearly 14 to under 6 at the higher dose. This is still mild sleep apnea, but it’s not so severe that it necessarily requires treatment. These results are considered good enough that the drug can go on to phase 3.

While AD-109 is showing promising results in clinical trials, the other sleep apnea drug getting buzz now is nothing more than a potential concept. Researchers have identified what they feel is a promising new target for drug therapy.

The potential target is a protein known as TRPM7. This protein plays an important role in the carotid bodies, sensory organs in the neck that helps to regulate breathing by detecting oxygen and carbon dioxide levels in the airway. TRPM7 also occurs in the protein leptin in the bloodstream. If you’re familiar with leptin, you might know that leptin is a protein that helps reduce hunger. Obese people and those with sleep apnea often develop leptin resistance. Meanwhile, an important function of leptin is to increase your blood pressure.

New research suggests that the protein TRPM7 might be responsible for sleep-disordered breathing, leading to apneas and hypopneas. Researchers used silencing RNA to reduce TRPM7 production in some mice. These mice breathed more deeply than those with TRPM7.

However, in some tests at low oxygen pressure, the mice with less TRPM7 didn’t improve their blood oxygen saturation. Researchers speculate that this might mean that TRP7 inhibition might not work for people living at altitude.

How Long Until Sleep Apnea Medications Are Available?

Of course, the big question is when will these sleep apnea drugs be available to people in Detroit? They are still at least two years away from approval, but it could be much longer.

AD109 is the drug we have the best sense of time for. The phase 3 trial is still being developed. Once it starts, phase 3 drug trials take about 1-3 years. Depending on the data they achieve, it might be several months after the end of the trial before submitting their application. Once the FDA receives an application, it will take 6-10 months before making a decision.

For any drug based on the TRPM7 protein, the development time is much longer, possibly a decade or more, assuming researchers decide to develop this discovery into an anti-sleep apnea drug.

A CPAP Alternative Today in Detroit

Are you unhappy with CPAP? Whether you are currently struggling with CPAP or simply don’t like the thought of this treatment option, the Detroit sleep dentists at the Michigan Head & Neck Institute can help. We have helped many people in Detroit just like you to get a comfortable, convenient CPAP alternative. Oral appliance therapy is an effective frontline treatment for mild to moderate sleep apnea. It is an alternative for people with severe sleep apnea who can’t tolerate CPAP.

To learn whether oral appliance therapy is right for you, please call (586) 573-0438 or use our online form to request an appointment at the Michigan Head & Neck Institute, serving the Detroit area from our location in Warren, MI.