What is Fragmented Sleep?

Have you found that you fall asleep quickly at night, but then wake up multiple times?  Typically these waking periods are short, but many times it’s a struggle to get back to a restful deep sleep.   If this sounds familiar, you may be experiencing fragmented sleep (frequent awakenings during the normal sleep-wake cycle).  People that suffer from fragmented sleep often report waking up tired and never feeling fully refreshed in the morning.

We all know the impacts that occur from sleep deprivation by now.  It impacts more than just how tired you feel, but there is a huge influence on your overall physical and emotional health. 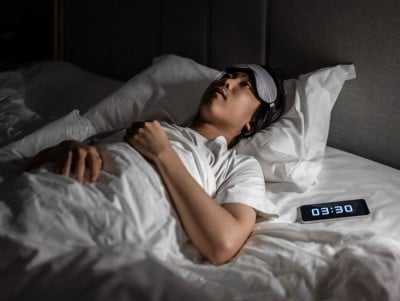 Am I Getting Enough Sleep?

According to the CDC, approximately 1/3 of adults do not get the recommended 7-8 hours of sleep per night.  Many people don’t get enough sleep or sleep poorly because of their jobs, packed schedules, long shifts at night or they have to rush to get their kids ready in the morning before work.  Also included in this grouping are the 50-70 million people who already suffer from insomnia, OSA or other sleep disorders.

Fragmented sleep can be short-term, stemming from an obvious cause such as being a new parent and waking to care for an infant, or experiencing trouble sleeping due to illness.  Then there are more subtle awakenings, which can be caused by sleep disorders such as PLMD (periodic limb movement disorder), RLS (restless leg syndrome), OSA or snoring.  Although 80% of patients who have RLS have PLMD, RLS commonly presents with insomnia rather than sleep fragmentation.  Medications that can cause sleep fragmentation include SSRIs.  There are also lifestyle triggers that cause poor sleep, such as caffeine and alcohol consumption, excessive ingestion of chocolate which contains theophylline, caffeine & nicotine which constrict the peripheral blood vessels causing muscle pain and sleep disturbance, exercise too close to bedtime, and having an irregular sleep schedule.

Long-term issues associated with fragmented sleep can include:

Sleep performs a range of vital functions, including restoring damaged tissues, boosting learning and memory, and flushing toxins from the brain.  Inadequate amounts of sleep can have serious long-term health consequences, increasing the risk of obesity, diabetes and cardiovascular disease.

Getting insufficient sleep repeatedly (less than six hours a night for adults) can trigger the release of various proteins that cause inflammation in the blood and in the body, leading to sleep problems.  In 2014, adults in the United States who reported sleeping less than 7 hours a night were also more likely to report having health problems, compared to those getting the recommended amount of sleep.

Secondary to the amount of sleep you’re getting is the amount of restorative sleep, or more commonly called “deep sleep”.  In one of our deepest stages of sleep, slow-wave sleep, there is a drop in the level of hormones that raise blood pressure, such as adrenaline.  As one progresses into a deeper sleep, parasympathetic nervous system tone increases while sympathetic nervous system activity, along with heart rate, blood pressure, and systemic vascular resistance decreases.  As a result, workload on the heart is reduced.  People with sleep disorders experience arousals, or very brief periods of awakening.  When you have fragmented sleep, high levels of these hormones can prevent blood pressure from going down.

At Michigan Head & Neck Institute, we treat patients with a variety of sleep disorders, who have symptoms similar to those described above.   Our focus is on restoring patients’ quality of life with an oral appliance for those who cannot use a CPAP, and by pain reduction of the mouth, eye, ear, jaw, face & neck caused by TMD.

Some preventative measures that you can take to deal with conditions such as fragmented sleep include:

If you would like additional information on fragmented sleep or other sleep disorders, please contact our office at (586) 573-0438.